I have been graduated from the Faculty of Pharmacy, Damascus University in the year 1955. I worked for MEMS (Medical Mercantile Syrian Company), share – holder Company, and was elected in June 1956 a General Manager and Vice President of the Board of Directors. Before this and as from 1954, I worked as Medical Representative for Boroughs Welcome to cover whole Syria.

MEMS activities were importing Pharmaceutical, Medical Equipment and Cosmetics. In the nineteen sixties, it became one of most important firms for Pharmaceutical Imports, acting as agent and distributor for many firms, among of which were:

On 18/2/1965, all pharmaceutical business was nationalized, and the imports were restricted to government establishment. At that time I was elected as Vice President for the Syndicate of Syrian Pharmacists, and remained in this position for more than 8 years.

Through this Syndicate, I was able to help in issuing the Law related to the Scientific Offices in Syria; and on 1/1/1966, I established MAATOUK SCIENTIFIC BUREAU, for which I am still its director, and keep representing some of the firms that we used to represent in MEMS and wished to continue their activities in the Syrian Market.

Other new firms joined our bureau such as: Bristol Myers Squibb – BMS (USA), Sweco (Swiss), so that our turnover in the eightieth reached 20 million US Dollars.

At present we represent in Maatouk Scientific Bureau the following firms:

SCHERING PLOUGH CORPORATION(Actually  MERCK), BRISTOL MYERS SQUIBB, VIFOR (Swiss), and UNIPHARMA. Also, we are the consultants of Schering AG and GlaxoSmithKline. We are employing about 284 PSRs, 192 of whom are supervised by UNIPHARMA and 92 are supervised by the Licensors; but all of them are under the umbrella of Maatouk Scientific Bureau.

UNIPHARMA has been established under the following circumstances:

In the year 1988/ 1989 the Government gave encouragement to the private sector of the local manufacturers to replace imports.

In November 1988 I got a permit to establish a Plant for the local manufacture of Pharmaceuticals (UNIPHARMA). On 3/3/1992 The Syrian Prime Minister issued a resolution No. 75/MS to include UNIPHARMA in the Investment Law No. 10, and in December 1994 UNIPHARMA launched its products into the market.

We purchased all machinery and equipment from the well-known firms German, French, British and Swiss. We signed agreements for local manufacture under license with about 13 well-known pharmaceutical firms, many of which, especially Schering Plough, extended to us the most valuable structural and technical assistance and recommended various amendments

We have been keen for our plant (UNIPHARMA) to secure all the technical requirements of the Licensors, the G.M.P. conditions and Quality Assurance for our various production lines. 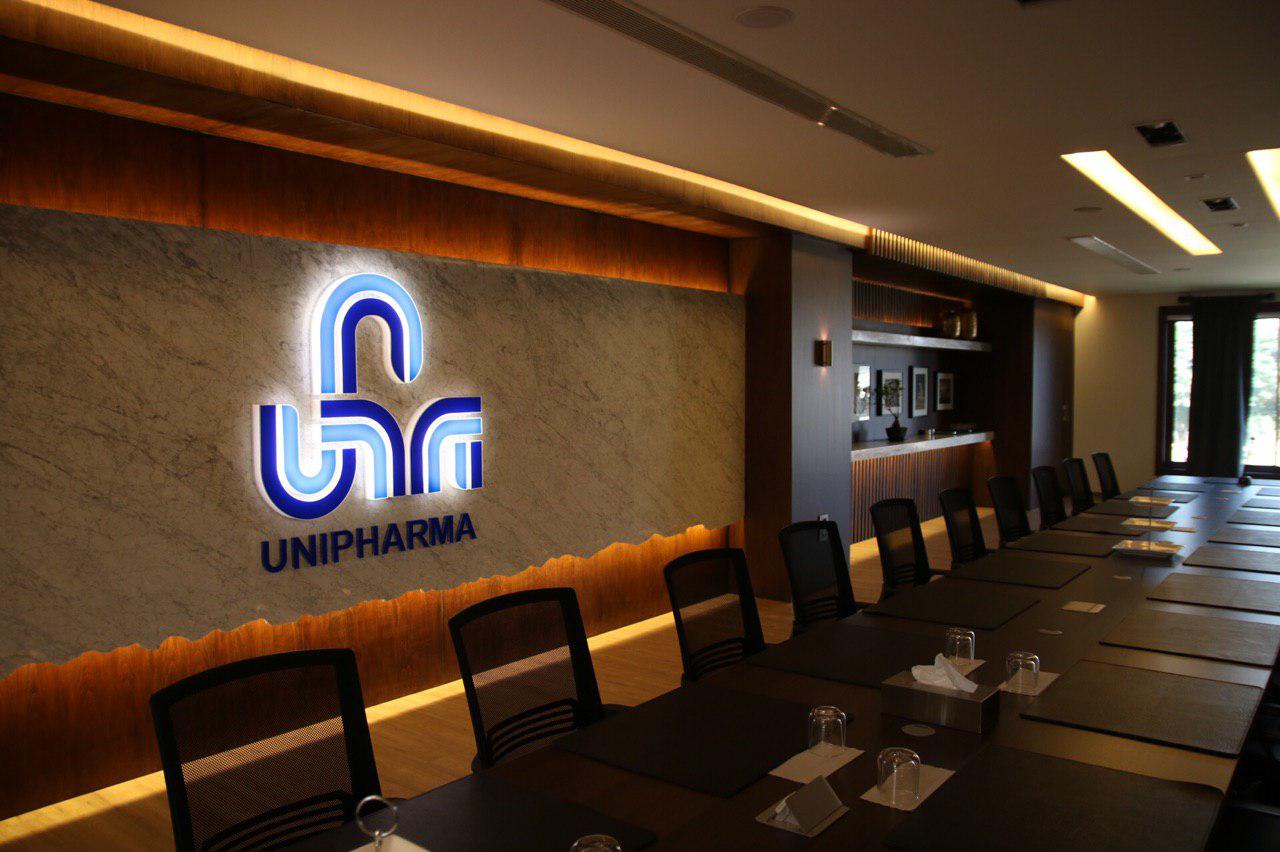